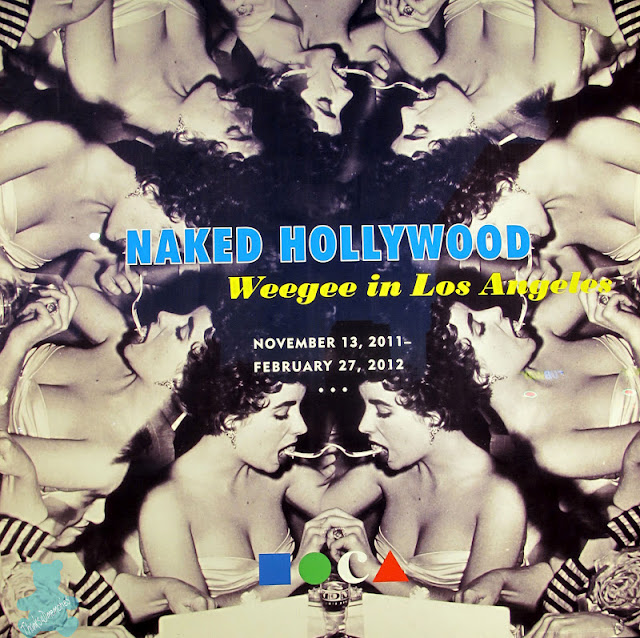 In 1947, the tabloid photographer known as Weegee relocated from New York City to Los Angeles. In moving west, he abandoned the grisly crime scenes for which he was best known and trained his camera instead on Hollywood stars, strippers, costume shops, and naked mannequins, sometimes distorted through trick lenses and multiple exposures. “Now I could really photograph the subjects I liked,” said Weegee of his life in Los Angeles. “I was free.”
Naked Hollywood: Weegee in Los Angeles is the first museum exhibition devoted to the work Weegee produced in Southern California.
In addition to roughly 200 photographs, many of which have never before been shown or reproduced, the exhibition encompasses Weegee's related work as an author, filmmaker, photo-essayist, and genius self-promoter. Following the photographer's lead, the exhibition documents the lurid, irresistible undersides of stardom, fandom, commerce, and publicity in mid-century Los Angeles. Weegee's 1953 photo-book Naked Hollywood provides the title and point of departure for the exhibition. 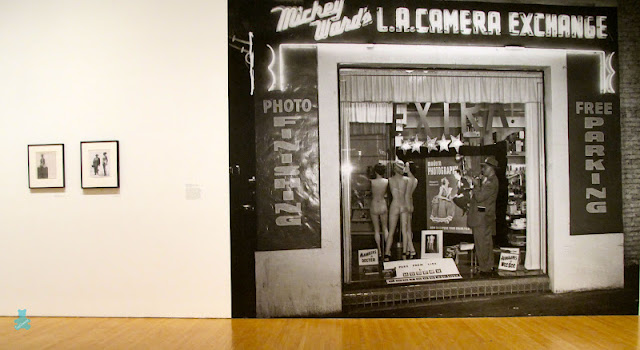 I love Weegee and his elastic lens.
Photos are not permitted in this amazing exhibit,  which sucks for you guys.  Magically that photo in the middle appeared on my memory card :)  You still have time to see these amazing photographs. Seeing his body of work leaves you with a "happy feeling". Weegee's work is BPS (before photoshop).  I got the Naked Hollywood book and was going to scan my favorite photos, but then realized that's too much work.  Sorry!
If your not familiar with his work google him.
He's worth investigating.
Now at the MOCA Grand Avenue till February 27, 2012